The remaining Korean hostages have finally been released! Praise GOD! After six weeks of intense prayer and drama, and after 2 of the hostages being killed, the rest have been released safely. Our congregation can finally celebrate God's answer after weeks of prayer. But reports cite that the Taliban still have 1 German and 4 Afghan hostages in captivity, so let's continue to pray for their safe release as well.

Thanks for all the birthday blessings that were sent my way. I definitely think all these social networking sites have changed the way people remember birthdays. And life seems to get faster and shorter with every year that passes by. I read something recently that said, "What I do today will determine who I become in 10 years" ... and with that in mind, it was time once again to set up new goals and renew old disciplines. My newest life-goal is to "seek wisdom".

Wisdom is supreme; therefore get wisdom. Though it cost all you have, get understanding. [Proverbs 4:7] Teach us to number our days aright, that we may gain a heart of wisdom. [Psalm 90:12] If what I do today determines who I become in 10 years, then I want to spend today with God and seek Him all my days.

Posted by Unknown at 9:20 AM No comments: 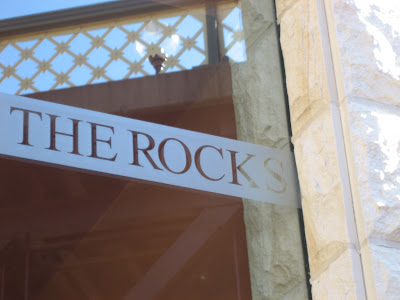 It's been a busy week so I wasn't able to post podcast updates until now. MP3 memory verses (Lamentations 3:22-23), sermons and outlines have been uploaded. You can get the sermon here and the sermon outline here. My cousin was in town from Hong Kong/Korea so it was great catching up with him. Though we were both from Chicago, we've seen each other more in other countries than we have in the US.

I also wanted to pass on some links to some great resources too:

You can go here for some free MP3 downloads by Wayne Grudem on Biblical manhood and womanhood and also a few lectures on being a Christian in the marketplace (Buying, Selling, and Profit and also one on Competition and Corporations). He's written a book on "Doing Business and Pleasing God" which I think can be helpful for those in the corporate world. Also, here's a great link on financial help for Christians who are thinking about adoption. Pass on the info to those whom you think can benefit from these resources too. Have a great weekend y'all! :)

* This week's sermon can be downloaded through iTunes here.
(God Honoring Worship)

Posted by Unknown at 6:37 PM No comments:

Email ThisBlogThis!Share to TwitterShare to FacebookShare to Pinterest
Labels: Podcasts

Prosperity and the Poor

Christianity Today has an article on the rapid spread of the prosperity Gospel in Africa and it's heartbreaking to read that it is because of America they have this destructive teaching in their churches.

"[The prosperity gospel] is the most sweeping movement within the continent of Africa," says Dolan. "The African people at large in the church have bought into it hook, line, and sinker. It offers tremendous promise to an economically deprived people."

It's also an issue of controversy for some of the larger churches in Australia. But instead of holding up cash and cars in front of people to chase after, I'd much rather see the Western Church helping to feed the poor and heal the sick. There was a great interview of Bono (of U2) by Bill Hybels during the Leadership Summit last year and I think Bono's "Gospel" to Africa is a much better one for us to embrace and proclaim.

Email ThisBlogThis!Share to TwitterShare to FacebookShare to Pinterest
Labels: John Piper, U2 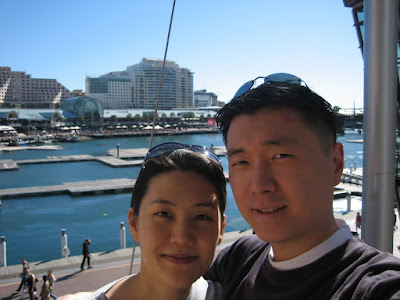 I thought summer was almost here until the sudden temperature change the past couple of days. But Hyun and I were able to enjoy the summer weather while it lasted over the weekend. I think these drastic changes in the weather isn't helping those who are sick. I was talking to a doctor recently and he was telling me that this was one of the worst flu seasons he had ever seen; thankfully we've been able to say healthy so far (my secret: wash your hands often, drink lots of OJ and eat lots of garlic :) I've been experimenting more in the kitchen and garlic is my go-to ingredient :) Mmmmm ....

It's also an exciting time of year because the NFL pre-season has started and my Dallas Cowboys are back with a win in their first game last weekend over the Super Bowl champ Colts. I think it's a foreshadow of what is to come. PLUS Michael Irvin was inducted into the Pro Football Hall of Fame recently too.

He was drafted in 1988 and after Aikman got drafted in 1989, I knew the Aikman to Irvin combo was going to be a special one. He was a bit cocky during his playing days, thus earning the nickname "The Playmaker", but later on he grew up quite a bit just in time for his kids. Here are some highlights from his induction speech:

"The threshing floor is where you take your greatest fear and you pray for help from your great God. I want to share something with you today. I have two sons. Michael, he's 10, and Elijah, he's 8. Michael and Elijah, could you guys stand up for me. (They did.) That's my heart right there. That's my heart. When I am on that threshing floor, I pray. I say, 'God, I have my struggles and I made some bad decisions, but whatever you do, whatever you do, don't let me mess this up.'

"Why must I go through so much?

And the sermon and memory verse podcasts have been updated. You can find the links on the right and you can download the sermon outline here. I had to preach for the 10:30am, 3:00pm and the 6:00pm services on Sunday so I was a bit more tired this past Monday, thus the late post for today. Well, have a great week and may you delight living each moment ... in His presence. 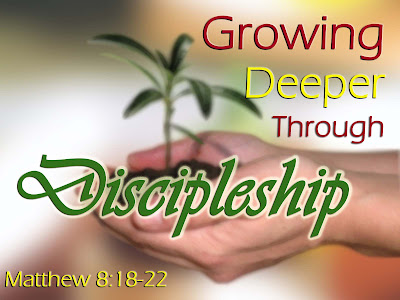 Hyun received free tickets to Michael Moore's documentary, Sicko, so we went to see it this weekend. This movie takes a look at the US health care system (or lack of it I should say) and compares it to various other countries who have a universal health care system. It was a very sobering and disturbing look at how weak the US system is in caring for people, especially the poor. You can watch some video clips here.

I never realized how broken our US medical system was until I had chance to live in Canada, Korea and Australia, which all have universal health care (to some degree). If people get a serious illness in the US, it will pretty much cripple that person's finances through major debt, but in countries with universal care, the system is created to make sure that getting sick won't add stress to your life by seeing all your money disappear because of all the bills.

I've seen specialists and the emergency rooms in each of these countries and I haven't paid a cent after leaving the hospital. I simply signed my release and never worried about a bill.

Governments and the health care industry were created to serve the people, not make money off of the people and I think that's something that bothered me greatly about the US "system". It actually made us wonder if we should stay in Australia =) But it also gave me a desire to enter politics for the first time in my life, hoping to bring about a change from the ground up ... establishing a system that will actually care for the people and the poor, as God calls us to.

Defend the cause of the weak ... maintain the rights of the poor and oppressed [Psalm 82:3] He who oppresses the poor shows contempt for their Maker, but whoever is kind to the needy honors God. [Proverbs 14:31] He who is kind to the poor lends to the LORD, and he will reward him for what he has done. [Proverbs 19:17] Do not exploit the poor because they are poor and do not crush the needy in court, for the LORD will take up their case and will plunder those who plunder them. [Proverbs 22:22-23] The righteous care about justice for the poor, but the wicked have no such concern. [Proverbs 29:7] Speak up and judge fairly; defend the rights of the poor and needy.” [Proverbs 31:9] I pray that this will become the mark of the next leaders for the Church and for our government.

Sunday was also a good reminder of the needs of those who are sick. It was good to have Hermann and his team back for the afternoon service, but he'll be leaving for Korea to support his uncle who is very sick at the moment. Both of his kidneys have failed and so Hermz will be heading to over there for prayer, support and a little Gospel action too for several weeks. Please pray for his uncle to experience Christ and find healing.

There were several more congregation members who are in need of prayers that I'd like to share:

1. Margaret (who is a key leader for the 3PM service) was just diagnosed with skin cancer and asks for much prayer on her behalf.

2. Robert (who is on the praise team) is still in recovery from his cancer and will have an important examination on Thursday to see if he will need more surgery. He asks that the results will be negative for his tests this week and for a complete recovery.

3. Ruth will be going in for tests this Tuesday and asks for prayer concerning her cysts to not be serious that were discovered in her breast recently.

4. And for Sui (Sue), who I shared last week was found to be cancer free, is still weak in her time of recovery and asks for restored strength for her body.

An added blessing this weekend was the return of our anointed piano player Daniel David, so we recorded a bunch of new memory verses which should last us until his next visit. You can listen to the verses here. His music ministry sooths the soul =) Sunday's sermon (Growing Deeper Through Discipleship) can be downloaded through iTunes here and you can get the sermon outline here. Praying for healing for our friends and for the nations ...