Dallas Cowboys vs the 49ers

I went to my first Cowboys game today with my parents and it was awesome! It was a pre-season game against the 49ers and the Cowboys dominated on both sides of the ball. They're undefeated so far in the pre-season and look sharp. It looks like another Super Bowl year for them this year! I'll be going to the last game of the season against the Detroit Lions with Hyun, Patrick, and Carol too ... and by that time of the year, they should be getting ready for the playoffs =)

I also uploaded a few videos on YouTube. The video above is during the opening team introductions. The very last player to get introduced is Roy Williams ... the crowd goes crazy so that's why you can't hear his name very well. I also have a video of Drew Bledsoe and Tony Romo (the QB's) warming up, one just of Bledsoe warming up, and then the first play of the game (Bledsoe handing off to Jones).

Ha ha ... I love his video. I think only old schoolers will understand the clip above, but I got a kick out of it. And FYI, A-ha (the band who sings this song "Take On Me") was a Norwegian band that was big in the 80's.

And if you're interested in seeing the orginal music video that was the inspiration behind this Family Guy episode, you can watch it here. So this post is for all you fellow 80's lovers out there ... plus our Norwegian friends ;)

This is the 2005 Commencement Speech by Steve Jobs (CEO of Apple). He actually (somewhat indirectly) touches upon trusting in the sovereignty of God ... that both the highs and lows of our lives have a purpose in shaping who are today, and who we will become tomorrow. I was genuinely touched and encouraged through his speech ... just wanted to pass it your way. :)

Also in light of the recent terror alerts, there have been some new regulations for airline travel. If you're not sure what they are, here is a list from USA Today that I found helpful. It'll be extra tight security again, just like after 9/11 ... so set aside extra hours before your flight time. 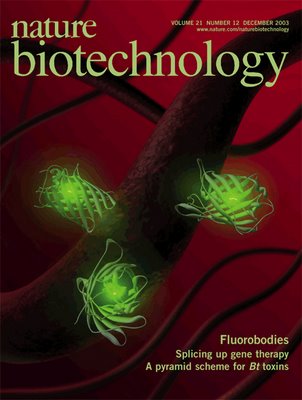 Great news! Hyun's recent research on potentially curing arthritis (for the whole human race!), which also made the news headlines, has been accepted for publication in Nature Biotechnology Magazine, which is a major publication in the science world! She just got the phone call this morning and has been on Cloud 9 ever since. She was nervous, but I knew it was going to get published. And it's always so nice seeing her so happy too =)

We still don't know which upcoming issue it'll be in, but rest assured I'll let you know when it comes out! It's been pretty cool seeing this whole process of her beginning her experiments a couple of years ago ... to making the news ... and now publication. I'm so proud of her! OK, since she doesn't like me bragging about her, I better stop ... for now =) Hee hee hee ... 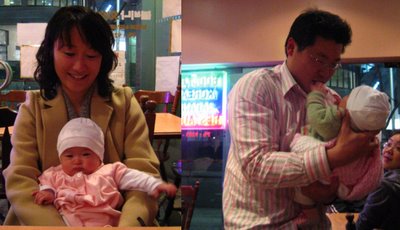 I met up with some friends from New Zealand yesterday who were in town. We had a nice dinner and I got to meet their beautiful new daughter as well. (Sam and Jodie, your baby was precious!). She was so tiny and so well behaved ... and we got a chance to thank God for this gift (and thank God that she took after her mother instead of her father! hee hee ... J/K ... kinda).

Well Sam and Jodie, here's a blessing song that I dedicate to your new family member:

Maybe I'll sing it for her next time we have a guitar around =) God bless your new family. 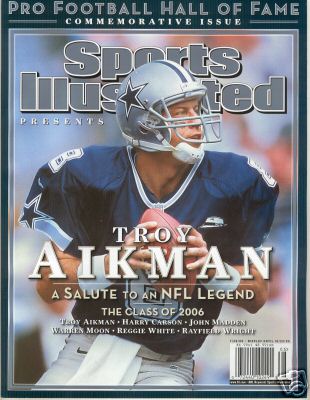 This Saturday in the US my favorite football player of all time, Troy Aikman, will be enshrined into the Pro Football Hall of Fame at Canton, Ohio. I actually won 2 great seats to this event on eBay for super cheap ($5.00!) but alas, all the flights to the US for this week were all full. =( Even though it's in Ohio of all places, I totally wanted to be there at this "once-in-a-life-time" event.

Aikman was a key draft pick in 1989 for the rebuilding of the Cowboys to become the team of the 90's, leading them to Super Bowl victories in 1992, 1993 and 1995. I still believe that if the owner (Jerry Jones) didn't get rid of their coach (Jimmy Johnson), they would have won a lot more championships in that decade. Jimmy Johnson was a great coach who knew how to get his team ready for a game. What was cool was that if they lost one game, I KNEW that they would win the next week, because Johnson couldn't handle sloppy play 2 weeks in a row.

But Troy was my man. He was a humble team-player who never sought his own glory. For someone that talented and that popular, he always gave the credit to others ... never wanting to be in the spotlight. You can watch a highlight video on Aikman here. What a decade the 90's was for the Cowboys ... Aikman, Smith and Irvin, possibly the greatest triple-threat ever in NFL history =)

Posted by Unknown at 2:47 PM No comments:

Opportunity to Help Missionaries in Sydney 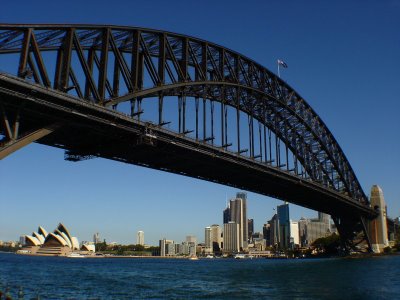 For those who love kids, have a heart for missions and have some time on your hands August 18-20, please read the urgent message sent from OMF Australia:

Dear Friends ,
Childcare for Reachout has now become an urgent need for us to fill, despite ongoing attempts to recruit help. This is for the pre-school age children and will enable their parents to participate in this conference to be held in Katoomba, Aug 18-20. There will be three sessions where childcare needs to be provided: Saturday morning (9.00 am - 12.30pm), Saturday afternoon (2.00 pm - 4.30 pm) and Sunday morning (9. 00 am - 12.30pm). Helpers may volunteer for all or just some sessions.
Please circulate this information to those you know who may be suitable to help. We need both an organiser who will accept overall responsibility as well as helpers to assist in caring. We also require assistance with providing suitable toys and equipment for the children. It would be great if we can see a church group take this ministry on.
If you can help please contact the Reachout Chairman, Magnus Linder, on 9868-477 or magnus@omf.net or 0425 255 816. If you want to know more about Reachout check out www.reachout.au.com
Thanks for your help!