The Fight of Our Lives

Throughout the past several years of ministry, one of the most difficult and saddest things I've seen was the moral failure of people in ministry. Whether it was public figures or people I knew well, each instance broke my heart. It was a splash of cold water in terms of the reality of how hard the enemy is at work to destroy God's Work and His people.

It was also a wake-up call for me to make sure I set stronger boundaries in my own life. A new resolution I've made was to never meet up one-on-one with a female anymore, no matter how much she may “need” counseling and even if it is in a public place. It may seem extreme, but as Rick Warren says, “I'd rather go overboard than be thrown overboard”. I've also renewed my need for my close friendship and to share life's challenges and struggles together openly and honestly.

Rick Warren recently published a podcast talking about how their staff deals with moral failure. It's a very helpful, practical and down-to-earth chat with fellow pastors. Listen to it here. There's a lot of valuable wisdom in this podcast.

I've also read something recently that was very helpful and convicting from Dallas Willard on the same topic. Here are some highlights:

"Those who experience moral failure are those who have failed to live a deeply satisfied life in Christ, almost without exception. I know my temptations come out of situations where I am dissatisfied, not content. I am worried about something or not feeling the sufficiency I know is there. If I have a strong temptation, it will be out of my dissatisfaction."

"The moral failures of ministers usually are over one of three things: sex, money, or power. That always comes out of dissatisfaction. Ministers are reaching for something, and they begin to feel, I deserve something better. I sacrifice so much and get so little. And so I'll do this. The surest guarantee against failure is to be so at peace and satisfied with God that when wrongdoing presents itself it isn't even interesting. That is how we stay out of temptation."

More than anything else, I write this as a war-cry because we are in a battle for both people's salvation and their sanctification. And those who serve on the front lines will always be attacked first and with force.

So I plead with you to pray for me and all the pastors and spiritual leaders in your life. Pray that they would be protected ... but also pray that their souls would find satisfaction and rest in God alone. As Willard also writes, "what we really need are preachers who can stand in simplicity and manifest and declare the richness of Christ in life." May that be the mark of God's servants in this generation and the next. 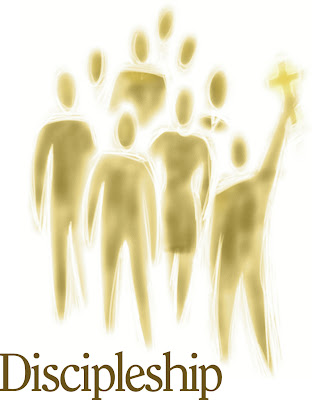 I was reading a book on leadership recently and it began with the reminder that to be a Christian is to be a disciple. And the word disciple means to be a "student" or "learner" of Christ. I had to ask myself, am I still a "student" of Christ? Am I still growing? Am I still developing in my walk with Him each day? If I'm going to call myself a disciple/student of His, then my life needs to be marked with a lifestyle of learning.

So I decided to focus my learning on a different area of my life each day. For that day of the week, I focus on growing in that particular area. For example, on Wednesdays, I focus on growing as a pastor. It may include reading a book on pastoring in the morning, organizing and developing an area of church ministry in the afternoon, and following up on "pastoral" type email in the evening. Throughout the day, I'll also be staying open to the Spirit speaking to me through circumstances about lessons on growing in that area of my life.

So I created this list that I keep on my desk to remind me to grow as a disciple each day:

Investing my days to grow as a ...


I guess this is one way I'm trying to stretch myself to keep growing ... and to make sure I'm forever a student ... or disciple of Christ.

I think this is also a sign for me that God has restored a lot of inner peace and joy in my life through my sabbatical. There is excitement in learning again. At the peak of my burn-out, I dreaded looking at my books ... but now, I love devouring and dissecting them again (and filing them of course) =P My devotional times are a delight again ... approaching His banquet table filled with food that nourishes and satisfies the deepest part of my soul. Every morning I come empty to His table, but I leave full, filled and satisfied. I taste and see that the Lord really is good.

The Greatest Weekend of the Year 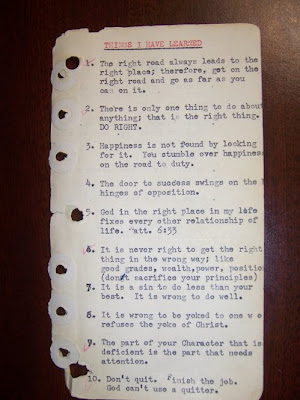 In light of this Resurrection Weekend, I've been doing a lot of reviewing, reflecting and refocusing on Christ, the cross and my calling. It's been a time of letting go of selfish dreams and embracing a lot of the unknown, trusting God's goodness (character) and greatness (control over all things). It's been a time of seeing how much of my "living sacrifice" to God had crawled off the altar of worship and surrender. It was a lot more painful than I expected, but in the end, my soul felt a lot more free ... the weight of carrying my own burdens had been lifted by the arms of my Savior who died to set me free.

I also went back to reviewing something that challenged me all throughout my seminary years, something that always helped put things into proper perspective for me ... the Resolutions of Jonathan Edwards. There are so many favorites for me on that list, but for today, #10 and #19 were especially tugging at my heart.

I also found a second list of convictions recently and that is the one pictured above. It belonged to John Piper's father who passed away recently and was a mini-version of his own resolutions that kept him focused on living for Christ. You can read an article of Piper explaining the list here.

The older I get, there seems to be 2 dangers that keep getting stronger that I must fight: 1. The lure (and lie) of financial security and all the toys that come with it, and 2. the dangerous feeling that God "owes me" for what I did or didn't do while serving Him. Both those dangers reveal, at its core, a heart that is no longer beating for Christ and His Kingdom. Instead of reverence, there is resentment, instead of worship there is worry. And for these reasons, there is the cross on which Christ died ... so that this selfish heart can be renewed to new life, new passions and new energy and joy that we never would have known before.

And this Resurrection weekend is a reminder that I need Christ and His sacrifice more today than I ever have before. It's a reminder that I was a beggar who received life's greatest riches that will last through eternity. It's a weekend to soften my heart again and remember the reason why God gives me life each day ... and that is live my life aways for Christ, His honor, His glory and His Kingdom. Happy Resurrection Sunday everyone. He is risen!

First off, congrats to Eddie Bang on his marriage on Saturday. Finally! We're all happy for you bro. I forgot to bring my camera, so sorry no pix. I'll wait for other people to post and maybe steal a pic from there.

Also, congrats goes out to my friend Sunny Park for winning the Australian Amateur Golf Tournament last week. It's featured in this Golf Australia and Sydney Morning Herald article. It's been cool to see her move up the ranks. I can't wait to see what her pro career will turn into!

And the video above isn't connected to anything I wrote about. I just thought it was so cute, I wanted to post it. My favorite part is their reunion at the end.